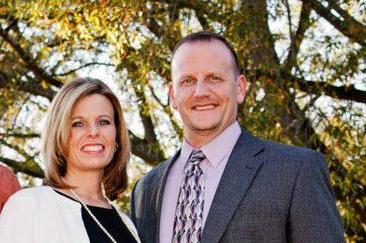 Pastor Forrest answered the call of the Lord to preach the Gospel in 1999 while attending Long Hill Baptist Church.  Within a few short years, the Lord placed him in his first pastorate in his home town of Norwood, serving there for nearly 8 years.  Returning back to Long Hill in 2011, the providence of God was at work soon placing him into the roll as Pastor in March of 2012.

He and his wife, Angela have had the privilege of raising two children who are now grown with their own families.  Pastor Forrest and his wife have faithfully ministered over the last 19 years and would love to invite you to be a part of the ministry at Long Hill Baptist.